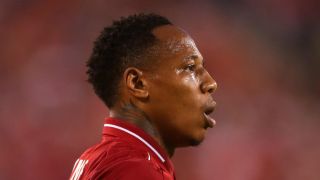 Nathaniel Clyne has left Liverpool's tour of the United States due to family reasons, the club have confirmed.

The defender started only two Premier League games last season due to injury but was named in Liverpool's XI for the 2-1 International Champions Cup win over Premier League rivals Manchester City on Wednesday.

But Clyne will travel home meaning he misses Saturday's clash with Manchester United in Michigan, with the club announcing the news via a brief statement.

Naby Keita is also a doubt for that game as the midfielder is set to miss training as a result of a neck injury.

Keita played no part in the win against City and Liverpool said the Guinea international will skip sessions as a "precautionary measure".

Liverpool start their 2018-19 Premier League season at home to West Ham on August 12.