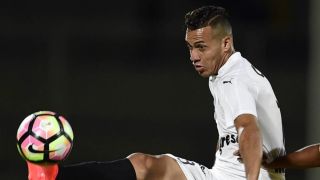 Costa Rican outfit Deportivo Saprissa played out a scoreless draw away to Dragon, while W Connection and Honduras Progreso also shared the points in the CONCACAF Champions League.

Defending Costa Rican champions Saprissa could not find the net in a tight affair away to the Salvadorian side on Thursday.

It was the complete opposite of the first match between the two sides, in which Saprissa ran out 6-0 winners at home.

The draw moves them top of Group B, one point ahead of MLS side Portland Timbers, who have played one game compared to Saprissa's three.

In Thursday's other contest, W Connection and Progreso played out a 1-1 draw.

Malik St. Prix gave Connection the lead in the 33rd minute, but an Angel Tejeda penalty five minutes into the second half meant the points were shared.

It was both sides' first points of the group stage after having gone down to Pumas UNAM, who lead Group A on six.