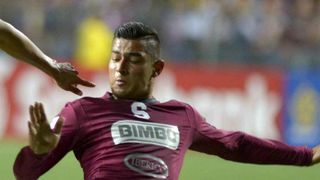 Deyver Vega, David Guzman and substitute David Ramirez were on target, while an injury-time Maurice Ford own goal capped a winning start to Saprissa's Group A campaign against the Trinidad and Tobago visitors, who crashed to back-to-back defeats.

Guzman doubled the lead five minutes before the break, with a miscued volley inside the penalty area, and Ramirez - a second-half replacement for goalscorer Vega - was on hand to tuck away a rebound with 20 minutes remaining.

Saprissa striker Ariel Rodriguez had his late penalty saved by W Connection goalkeeper Julani Archibald but Ford unfortunately completed the scoring in the 93rd minute after directing Dylan Flores' shot past his own goalkeeper.