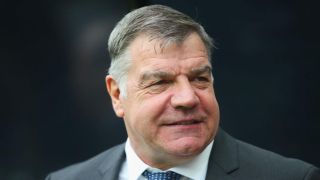 Antonio Conte has wished Sam Allardyce well amid mounting speculation that the Sunderland boss will be named as the new England manager.

Multiple reports have suggested Allardyce will be confirmed as Roy Hodgson's successor by the Football Association on Thursday.

Conte is beginning life as Chelsea manager having led Italy for two years, culminating in their run to the quarter-finals of Euro 2016.

The 46-year-old's decorated period in charge of Juventus helped to establish him as one of the most highly regarded coaches in world football but, speaking after Chelsea's 3-0 win over Wolfsberger, Conte revealed he sought inspiration from the comparatively unheralded Allardyce during the latter's time in charge of West Ham.

"I know Sam. I visited him at the West Ham training ground two years ago," he told Chelsea's official website.

"I can say the experience is fantastic because you are the coach of your country and this is a great responsibility.

"You feel great pressure but it's fantastic. You represent your country, your colours."

Conte added: "I am happy for him if becomes the manager of the national team."