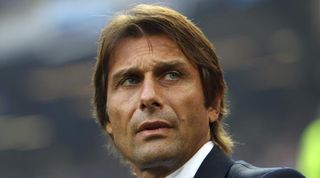 The Italian and Danish champions face each other in a group that also contains Real Madrid and Galatasaray.

While Juve will be heavily fancied to progress after bolstering their title-winning squad by signing the likes of striker Carlos Tevez from Manchester City, Conte is well aware of the threat that Stale Solbakken's men will pose.

Copenhagen finished second to eventual champions Barcelona in the group stages during the 2010-11 Champions League before being knocked out by Chelsea in the round of 16.

Juve, meanwhile, drew 1-1 at Danish side Nordsjaelland in last season's competition and reached the quarter-finals.

"We'll need to take heed of last year's game against Nordsjaelland and remain alert. We only clinched a point in the last minute.

"I'm intrigued to see if we're able to follow up the good things we did last year and keep improving.

"On paper, you would say that Juventus and Galatasaray will battle it out for second place, yet Copenhagen could cause an upset.

"We're realistic, but we will not place limits on how far we can go. Juventus can be considered as a Champions League outsider, but a dangerous one."