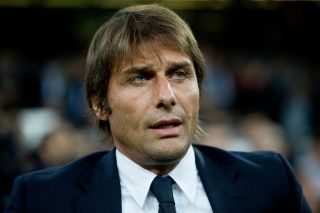 Napoli manager Benitez had suggested ahead of the sides' meeting on Sunday that champions Juve are favourites to land a third successive Scudetto.

After the opening 11 games of the season, both teams have 28 points and are three behind leaders Roma.

And Conte feels that even though Juve finished nine points clear of second-placed Napoli in Serie A last term, the arrival of Benitez and the transfer outlay he made in the close-season makes them the leading contenders for the crown.

"He (Benitez) usually says that Napoli is only at 75 per cent. They're holding the same position as Juventus and have three points less than Roma, therefore his words make me think that maybe there won't be any more chances to compete for the Scudetto when Napoli will be at 100 per cent," said the Italian.

"Last year Napoli ranked second in the championship, then they sold Cavani for €60million and acquired new players for €90million.

"Therefore I believe that Benitez is clever enough to understand that if Napoli won't be able to win the Scudetto this year, it would mean they won't have made anything."

Conte also admitted that he had been interested in taking former Real Madrid striker Gonzalo Higuain to Turin during the close-season, but said his club were not able to compete with the financial power of Napoli, who signed him in a club-record deal.

"Higuain is a very strong player. He's a top level player," he added. "We also liked him.

"This player cost €40million and I believe this is enough to describe Higuain and the goals he scored with Real Madrid."