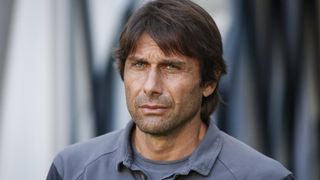 Chelsea coach Antonio Conte is targeting a return to the Champions League, describing it as the club's "home".

The former Italy boss took over after Euro 2016 and his team have made a mixed start to pre-season, losing to Rapid Vienna before beating Wolfsberger and Atus Ferlach.

Under Jose Mourinho and then Guus Hiddink, Chelsea battled to a 10th-place finish in the Premier League last season.

However, Conte is keen to see them rise quickly – eyeing a top-four finish in the upcoming campaign.

"I want our fans to be very proud about the players and the manager, it's very important," he said.

"Usually when there are these bad seasons it means there are many problems but the past is not important for me, for the club, for the players.

"What is important is the present, we have to fight together to come back and fight for the title. It's important to stay together and overcome this bad period for Chelsea, to come back to play the Champions League, because it's Chelsea's home."

Conte has added the likes of N'Golo Kante and Michy Batshuayi to his squad in the off-season.

The Italian urged his team to work hard in their bid to return to the top part of the Premier League table.

Conte said: "We must work a lot.

"We come after a bad season, after a 10th-place [finish] and we need to come back very soon in the right position because Chelsea is a great team in England and in the world.

"We must come back to fight for the title."