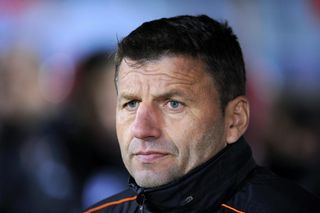 Ferrer guided Cordoba to promotion from the second tier last term, but was relieved of his duties on Monday with the club bottom of La Liga.

Djukic, whose last coaching role was a brief and unsuccessful stint in charge of Valencia in 2013, was announced as Ferrer's successor almost immediately.

The Serbian has signed a contract until the end of the season and will begin his new role on Tuesday.

Djukic made more than 400 appearances as a player in Spain during spells with Deportivo, Valencia and Tenerife.

After failing to save Heracles from relegation in 2011, the ex-Yugoslavia international led Real Valladolid to La Liga the following season.

However, he lasted just six months as coach of Valencia, before departing last December with the club ninth in the table.