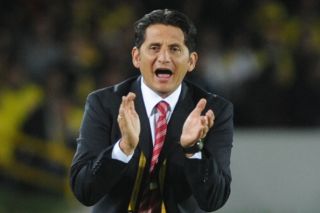 Ronald Gonzalez Brenes' Deportivo Saprissa, who finished top during the regular season, were pushed before claiming a 2-2 draw at UCR on Sunday.

Kendall Waston had given the visitors the lead in first-half additional time, but they found themselves behind during the second half.

But, in the third minute of additional time, Diego Estrada popped up to pinch a draw for Saprissa, leaving them well-placed ahead of the second leg on Wednesday.

Alajuelense are in a good position to join them in the final after securing a 1-1 draw at Herediano in their first leg.

Junior Alvarado's 50th-minute goal looked to have Herediano on track for a one-goal win at their Estadio Eladio Rosabal Cordero home.

But Ariel Rodriguez equalised on 87 minutes for Alajuelense, who will fancy their chances in the return leg.