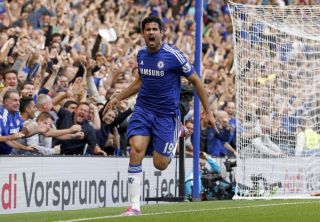 The Spain international joined Chelsea in a big-money move from Spanish champions Atletico Madrid in the close-season and has responded by scoring in Premier League wins over Burnley and Leicester City.

However, reports have suggested the striker could miss up to six weeks of action due to a hamstring injury, with Chelsea themselves confirming that Costa had a "minor muscular problem" and that he would be monitored ahead of the trip to Goodison Park.

Chelsea manager Mourinho confirmed that Costa has not trained in the past two days, but is set for a light session on Friday and his participation at Everton will depend on how he comes through that work out.

"At this time I can't say much, we're trying everything for him to play tomorrow," Mourinho said at his pre-match news conference.

"He didn't train the last two days but today [Friday] is the last day, so today we must make a decision to select him or not.

"If the reaction is not positive obviously we don't select him, at this moment I don't know much.

"It's a better scenario [than first feared] but what matters now is the match tomorrow not the match in three weeks or four weeks, tomorrow he is a doubt."