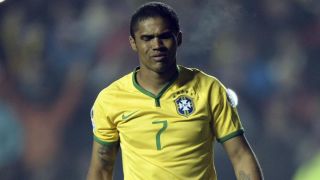 Brazil will be without the services of Douglas Costa for the football tournament at the 2016 Olympic Games after he withdrew because of a thigh injury.

The Bayern Munich winger had been picked as one of the three players over 23 in the Brazil squad for the Games in Rio de Janeiro.

However, the injury has not yet healed, with Bayern making the decision that Costa cannot feature in the Olympics on home soil.

"We all wanted Douglas to contest the Olympic Games in his home country, but the player's health and fitness takes priority."

Barcelona star Neymar and veteran Palmeiras goalkeeper Fernando Prass were the other two over-age players selected in the squad.

Brazil begin their campaign against South Africa at Estadio Nacional Mane Garrincha in Brasilia on August 4.