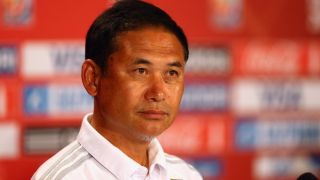 In a repeat of the 2011 final – which Japan won in a penalty shoot-out – the teams meet again on Sunday.

USA enter the clash at BC Place in Vancouver as favourites to claim their third world title and first since 1999.

Sasaki said both teams had their particular strengths, and he plans to have Japan playing on the break.

"The strength of the US team is their power and also their organised way of playing, the structure and the strong desire to win. They are highly motivated," he told a media conference.

"We don't really have as much power but we have the skills, the technique and the network among the players. Quick switching, quick counters.

"Those are the three strengths that we have and I think we need to keep using these. I think in these three areas we are better.

"In terms of the desire to win, I think both teams are at the same level.

"At the end, it's who can be tenacious, who can be persistent and use the strengths of their own team. That will make the difference."