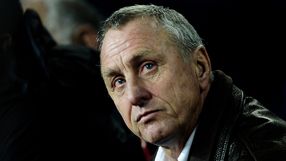 Mexico striker Miguel Sabah, returning to the team he previously played for until 2005, equalised for the Chivas with four minutes remaining but was then sent off in the 90th for kicking out at Edgar Duenas.

Before kick-off, former striker Salvador 'Chava' Reyes, who died on December 29 and scored a club record 122 goals for Guadalajara, was honoured in a ceremony during which his number eight shirt was retired.

Guadalajara, whose squad is exclusively Mexican in a league riddled with other South American nationalities, broke their last link with Cruyff's consultancy era when they fired Dutch coach John van't Schip on Thursday, the eve of the championship which opened with a 3-3 draw between Morelia and Cruz Azul.

Club owner Jorge Vergara, who according to media reports was fed up with the lack of progress since Cruyff was hired as a consultant a year ago, ended his association with the Dutch great after the club's quarter-final elimination in the Apertura, the first of two championships in the Mexican season.

"We have a few days before facing Santos Laguna [on Friday] but then we'll have a full seven days to be able to work and improve," said new coach Benjamin Galindo who was appointed on Thursday.

"I liked the players' attitude and commitment," added the former Mexico striker who led Santos to the Apertura title last season and is back for a second spell in charge at Guadalajara.

Apertura champions Tijuana got off to a winning start when they beat Puebla 2-1 away with goals from Colombian Duvier Riasco and Argentine Cristian Pellerano.

Former Rosario Central, Derby County and Cruz Azul striker Emanuel Villa of Argentina made his debut for Tigres UANL in their 3-0 win over Chiapas on Saturday.