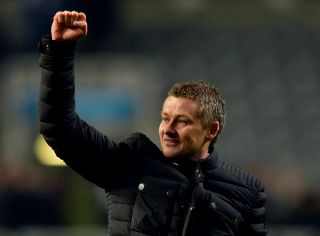 The Norwegian was announced as the successor to Malky Mackay on January 2, after guiding Molde to two Tippeligaen titles in his home country.

Solskjaer enjoyed an 11-year spell as a player at United, where he won six Premier League titles and the UEFA Champions League.

Rumours have already circulated that the 40-year-old could return to his former club to bolster Cardiff's squad, with loan deals for full-back Fabio and winger Wilfried Zaha touted as possibilities.

And Dalman believes it would make sense for Solskjaer to make the most of his connections.

Speaking to The Sun, he said: "Why wouldn't anyone want to tap into that influence?

"Intellectual capital is rare. Technical talent is rare. These guys work at the top of their game."

Solskjaer's appointment came on the back of a turbulent end to Mackay's reign but, despite only signing a one-year rolling contract, Dalman is confident Solksjaer will be at the helm for a long time.

He added: "I hope to build with him a long-term future here.

"Over the next five years, I think you will see a lot of Solskjaer and this is a great place for him to build his credibility."