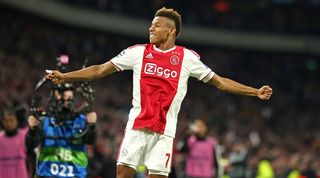 Chelsea will try to sign Ajax forward David Neres if their two-window transfer ban is delayed or overturned, report The Daily Star.

As things stand, the Blues are banned from signing new players after being found guilty of breaking FIFA rules on the acquisition of foreigners under the age of 18.

Their initial appeal was rejected by world football's governing body earlier this month, but the west Londoners are now preparing to take their case to the Court of Arbitration for Sport.

The final verdict could affect Maurizio Sarri's future at Stamford Bridge and whether or not Eden Hazard is sold to Real Madrid.

But if Chelsea do succeed in getting the suspension delayed, they will make a move for Ajax star Neres.

The Brazilian winger scored 12 goals in 50 appearances for the Amsterdam outfit, who won a domestic double and reached the Champions League semi-finals this season.

Neres, who has also been watched by Arsenal, PSG and Liverpool, is likely to be available for £35m.