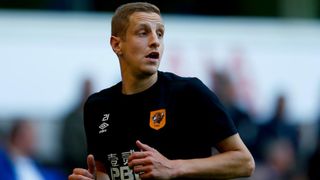 Hull City captain Michael Dawson has been ruled out for three months with a knee ligament injury.

The 32-year-old took a knock during Tuesday's friendly win over Mansfield Town, and scans have since revealed serious damage to his right knee.

"Michael is set for a three-month spell on the sidelines after scans revealed the Tigers' skipper suffered a significant medial collateral ligament injury," a Hull statement released on Wednesday confirmed.

The news comes as a major blow to manager Steve Bruce, with his side having been hit with a raft of injury problems early in their pre-season preparations.

Full-back Moses Odubajo ruptured a knee ligament and centre-back Alex Bruce was forced to undergo surgery on a foot problem, meaning will both be out for up to six months.

Goalkeeper Allan McGregor is not expected to resume training until the new year after back surgery.

Midfield duo Tom Huddlestone and Jake Livermore are facing two weeks out due to respective Achilles and ankle problems, while Harry Maguire sustained a knock against Mansfield, though it is hoped the problem is not serious.

In better news, Adama Diomande will resume training this week after recovering from a blow to the knee suffered while on international duty with Norway.

Hull's next friendly is against Scunthorpe United on Saturday.