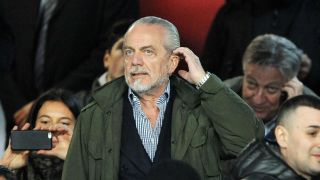 The division has experienced a decline in quality and also been hit by financial problems in recent years, with Parma's woes a prime example.

In an ambitious bid to raise the profile of Italy's top flight, De Laurentiis has revealed that an idea to take live Serie A action across the world is in place, with the likes of New York, London, Paris, Jakarta, Beijing and Shanghai touted as possible venues.

De Laurentiis, who said the idea was not his, claims that the plans are dependent on Serie A's television rights holder Sky Italia.

"I'm working on a project with the league to hold the first day of next season's Serie A in 10 different cities around the world," he told Radio Kiss Kiss.

"We're verifying the feasibility of the project, which aims to help Italian football recover from a rough period."