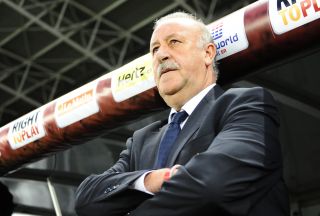 Del Bosque has led Spain to unprecedented glory since his appointment in July 2008, winning the FIFA World Cup and retaining the UEFA European Championship.

Should his side claim the four points they require in their next two games to guarantee qualification for the 2014 World Cup, the 62-year-old is expected to receive a new deal that would see him take charge until Euro 2016.

Spain host Belarus on Friday night followed by a meeting with Georgia in Albacete on Tuesday.

In quotes reported by AS, RFEF general secretary Jorge Perez said: "We have not sought any alternative for the post of coach.

"Del Bosque will be with us until he wants and for as many years as he wants."