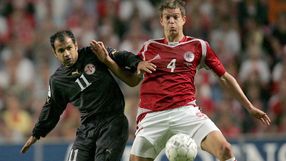 The Tbilisi city court found the striker and two others guilty of various crimes, including setting up an illegal betting ring during the 2010 World Cup finals.

Demetradze and his accomplices were arrested in July last year as police confiscated thousands of dollars from them.

Demetradze's lawyers said they would appeal the verdict.

He began his professional career at Dinamo Tbilisi before moving to Dutch club Feyenoord in 1997. The following year he joined Russian Premier League club Alania Vladikavkaz, where he became the league's top scorer in 1999.

In 2000, he transferred to Ukrainian champions Dynamo Kiev, then joined Spain's Real Sociedad in 2001 before moving to Lokomotiv Moscow the following year. The well-travelled striker also played for clubs in Israel and Azerbaijan.