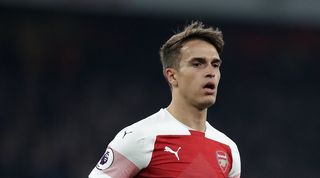 Arsenal will not make Denis Suarez’s loan from Barcelona permanent this summer, according to The Sun.

The midfielder moved to the Emirates Stadium on loan in January, with a clause in the deal allowing Arsenal to sign him at the end of the season.

With Aaron Ramsey set to join Juventus when his contract expires in June, Unai Emery is likely to add to his midfield options ahead of next term.

However, Suarez has reportedly not done enough to impress the Arsenal boss so far, and Emery is set to look elsewhere for engine-room reinforcements.

The 25-year-old is yet to start a game for the Gunners, having made just six substitute appearances totalling 95 minutes.

And Emery has supposedly seen enough, with Suarez in line to return to the Camp Nou at the end of the campaign.