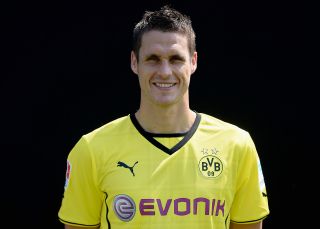 The experienced midfielder has spent over a decade with the club after joining from Freiburg in 2001, during which time he has won the Bundesliga three times and finished a runner-up in both the UEFA Cup and the UEFA Champions League.

The 33-year-old penned a one-year contract extension at Signal Iduna Park in April and has made three appearances so far this season in all competitions.

Despite the fact he could end his long association with Dortmund at the end of the current campaign, Kehl is instead focussed on making the most of any opportunities handed to him by boss Jurgen Klopp.

"I'm not paying attention to this now," he said when quizzed on the prospect of extending his contract.

"I'm aiming to play football even after this season, maybe the situation will be a different one in a few months' time.

"So yeah, I'm not behaving in a different manner."

The draw for the group stages of this season’s competition takes place on Thursday in Monaco and the Germany international added: "There are many teams I would like to play against for sure.

"But last campaign we were speaking of a massive group and then we said that we are pretty sure many teams won't want to be in a group with Borussia Dortmund.

"Our aim is to get through the group stage, we are aware of the fact that we might get drawn in a tough group again, but last season proved that's not the most important element. So we are quite confident again.

"Obviously we are aiming to reach the round of the last 16, and then see what happens.

"In the past we were calm in front of the media, not shouting our particular targets. We do have our own aims, in the Bundesliga as well (in Europe).

"But we won't reach them by talking, we have to work hard. It doesn't make sense to say we want to better last season's performance, because that will be difficult for sure."