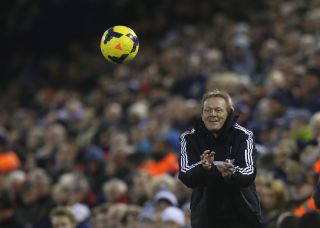 Downing has been in charge on a temporary basis in the aftermath of Steve Clarke's departure last month and has presided over a four-game unbeaten run that continued with a 1-0 win over Newcastle United on Wednesday.

The 48-year-old, though, is quick to credit the West Brom players for the upturn in performances and insists he is ready to step aside, hinting that he would reject the chance to remain at the helm until the end of the season should he be offered it.

"I'm enjoying it. But just because we've been unbeaten doesn't make me the best coach in the world," said Downing.

"My job was to galvanise the players, get the results before the next man comes in. Once this week is over, I'm hoping something might get done. I don't want the job.

"I've said all along that I was only in a support role. The players lost a bit of belief and in the last two or three performances they've got that back.

"That's just through their own hard work. There is no magic wand. I haven't changed a great deal.

"I don't think I'd take the job until the end of the season.

"I'm happy to disappear into the background. But a decision has to be made because I can't be caretaker forever."