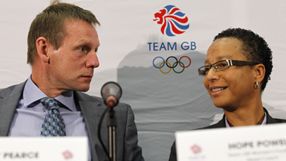 Senegal reached their first Olympics after beating Oman 2-0 in a play-off at the City of Coventry Stadium on Monday.

"It is such an honour to play against Britain in the opening match at Old Trafford," Augustin Senghor, the president of the Senegalese FA, told Reuters.

"I know we were the last to arrive in these finals after the playoff last night, but I hope that we will not be the first to leave. We will also field our strongest team and see if our players at Newcastle like Demba Ba and Papiss Cisse can be involved."

Britain will also meet Uruguay and United Arab Emirates in Group A.

Spain, gold medallists in 1992 and the world and European champions, take on Japan, Honduras and Morocco in Group D while seeded Mexico meet South Korea, Gabon and Switzerland in Group B.

The first event of the Olympics takes place at Cardiff's Millennium Stadium on July 25, two days before the opening ceremony, when the British women's football team play New Zealand in Group E. Cameroon and Brazil are in the same section.

Hope Powell, Britain's women's coach said: "[I am] really excited by the prospect of playing the first event of the entire Olympic Games. It gives us a tremendous chance to showcase our sport and we cannot wait to play."

The United States will face old political foes North Korea on the football field once again.

The U.S. women, who will be chasing their fourth Olympic title in five tournaments since the first at the Atlanta Games in 1996, have played North Korea in the last four World Cups but never before in an Olympic tournament.

France and Colombia will also be in the same Group G.

North Korea lost 2-0 to the top-ranked United States, twice world champions, in a group-stage match at the 2011 women's World Cup in Germany last June. Previous encounters have ended with two wins and a draw for the U.S. team.

Communist North Korea, one of the most reclusive and impoverished countries in the world, is subject to international sanctions and has drawn further international condemnation this month with reports that it is preparing a third nuclear test after ones in 2006 and 2009.

The United States has 28,000 troops in South Korea, an important ally which remains effectively on a war footing with the north since a 1953 truce that ended a civil conflict between the two sides.

The women's final is at Wembley on August 9 followed by the men's two days later.