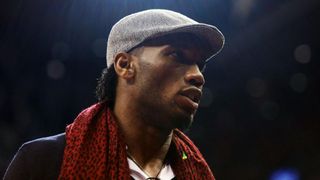 Didier Drogba is to play on with Montreal Impact in MLS next season, the former Chelsea striker has confirmed.

There had been speculation that Drogba, who spent 2015 at the Impact, was reportedly ready to call an end to his playing career and join Guus Hiddink's coaching staff at Chelsea.

Earlier this month, Drogba revealed he was in talks with the Impact about a return, and on Sunday the ex-Ivory Coast international confirmed his decision.

"On way to Qatar to do some preparation work for pre-season @impactmontreal," Drogba posted on Twitter, alongside a photo of himself.