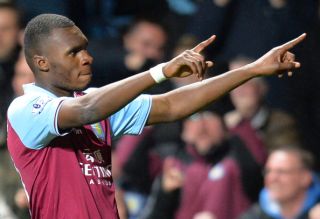 Benteke, 22, requested a transfer from Villa Park on July 8, but the club are eager to keep the Belgium international.

"Christian Benteke was brilliant when he came in last season. Every training session and every game he performed," Dunne said.

"He's a top talent and I think Aston Villa will do really well if they can keep hold of them.

"But obviously there's going to be bigger clubs trying to get him. He's an important player and if they can keep him it'll really benefit their season."

Dunne has signed a one-year deal at Harry Redknapp's QPR and said the club was aiming for a return to the Premier League.

He said being able to work with the former Tottenham manager was one of the main reasons he joined QPR.

"I think the opportunity to work with Harry Redknapp was a big pull," Dunne said.

"I nearly signed for him a couple of times before and when he came in this time I just thought it was the right opportunity and a good challenge to try and help get the club back into the Premier League."

Dunne has endured a nightmare run with injuries and said signing a one-year deal was the right thing to do.

"It's the sensible thing to do. I think the club probably have made a couple of errors in previous windows but they're trying to get it right," the 33-year-old defender said.

"When I came and spoke to the manager and the chairman they were very ambitious but they want to do it in the right way. I think that's a plus for the club.

"Probably from the outside things don't look great, but when I met them and looked around the stadium and the training ground you could see that it's a nice family club and that's the way they want to return to, and make it a hard-working, honest club again."