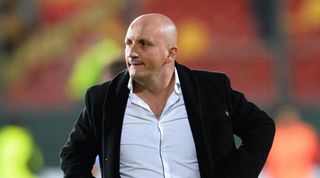 Mario Rizotto's 72nd-minute goal proved to be enough in front of their home fans.

Barcelona remain second and five points behind after battling to a 1-0 win at Emelec thanks to Ismael Blanco's 80th-minute effort.

Third-placed LDU Quito extended their unbeaten run to six matches with a 2-1 victory at Deportivo Cuenca.

At the other end of the table, the bottom two both had wins.

Olmedo's second win of the season came at home to Deportivo Quito as Franco Mazurek scored the winner in a 1-0 victory.

Manta recorded their third victory of the campaign as Miller Castillo hit a brace in a 3-0 win at home to LDU Loja.

El Nacional and Universidad Catolica played out a 1-1 draw.