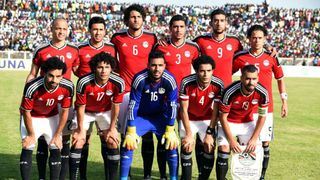 Gamal Allam, president of the Egyptian Football Association (EFA), will not allow off-field problems to distract the team's preparations for Tuesday's Africa Cup of Nations qualifier against Nigeria.

Reports emerged on Sunday that the Executive Board of the EFA was dissolved by the Supreme Administrative Court amid accusations of rigged votes in its 2012 elections.

The media reports suggest that the decision is final and cannot be appealed.

The news comes just two days before Egypt host Nigeria in an AFCON qualifier and Allam insists the focus is on the team.

"In this time we think only about the match against Nigeria and we do not want anything to distract the team," he told Egyptian TV.

Allam also explained that he would discuss the matter with the EFA in the coming days to discuss the verdict and a possible legal challenge.

Al Ahly also released a statement saying an emergency meeting will be held after the Supreme Administrative Court dissolved the club's board.