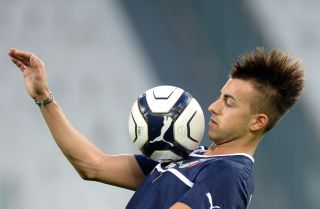 The Italy international has not featured since the start of September after suffering a fractured metatarsal in training just before he was due to return to action following a muscle injury.

But the 20-year-old frontman is optimistic he will be fit to face Spanish giants Barca and also insisted he has no intention of leaving Milan, amid reported interest from the likes of Chelsea and Tottenham.

El Shaarawy told Gazzetta dello Sport: "Next week I’ll do an ultrasound on my foot.

"But I should return for the game with Barcelona on November 6.

"I've done some great things in a Milan shirt, but I’ve also done some bad things. I just want to be judged by what I do on the pitch though.

"My mind is only on Milan. I have already stated on several occasions that I want to stay here."