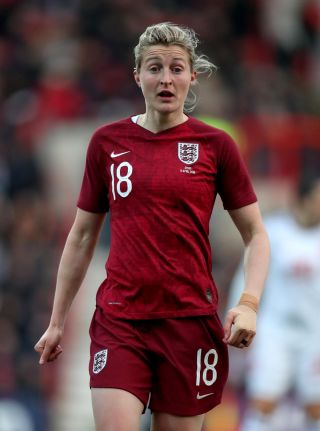 Manchester City Women have announced the signing of Birmingham and England forward Ellen White on a two-year deal.

The 30-year-old, scorer of 28 goals across 80 international appearances, has turned down the offer of a new Birmingham contract and will join City on July 1.

City’s announcement comes after forward Nikita Parris last weekend on social media said she was leaving the club. Both players are in England’s squad for this summer’s World Cup in France.

We are delighted to announce the signing of Ellen White 🙌— Manchester City (@ManCity) May 16, 2019

White said in a statement from City: “I’m really excited. Manchester City are a fantastic club.

“I know many of the players here and they’ve given me so many great reviews on the coaching, the facilities, the way City play, and I really wanted to join that culture. I can’t wait to get started, to meet everyone and to get on the pitch.

“I want to be in an environment and with a group of players that have that same winning mentality, that same professionalism, that same commitment and passion (I do), and I think that’s a great fit (for me) at City.”

City boss Nick Cushing said: “Ellen is somebody we know will lead the line well for us and give us the opportunity of scoring more goals and dominating games offensively. She’s an ambitious player that wants to win trophies and that’s what we want at Manchester City.

“We’ve played well this year, we’ve won two trophies, but to make that next step, we know we need characters in the dressing room that are going to push this team forward and she is one of them.”