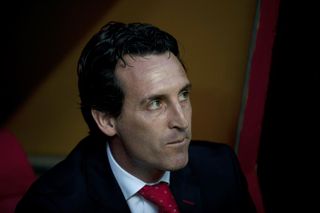 Emery's men are unlikely to qualify for next season's UEFA Champions League after the loss, which saw them slip six points behind the fourth-placed Bilbao.

Despite having an eye on their UEFA Europa League semi-final against Valencia, who they lead 2-0 after the first leg, Emery said the result was regrettable.

"Today's result leaves us greatly dissatisfied we've missed the opportunity that was there," Emery said.

"Being so immersed in such a demanding game on Thursday meant we weren't in the best condition, but we tried to maintain our balance.

"Overall, Athletic have shown their form as the home side, played at a very high level and surpassed what we could do. They have very dynamic and demanding players."

Carlos Bacca missed an early chance for Sevilla, who trailed after five minutes as Markel Susaeta scored directly from a corner.

Iker Muniain tapped in an Andoni Iraola cross at the back post eight minutes into the second half.

Ander Herrera headed in a third on 73 minutes before Kevin Gameiro scored a consolation goal for Sevilla.

Emery defended his tactics and felt it could have been a different story for his side if Bacca had taken his early opportunity.

"The first chance for Bacca could have taken the game in another direction," he said.

"I don't think we've been wrong with our tactics. I don't think changing our shape would have made any difference. We did well, but it was downhill from their opening goal."