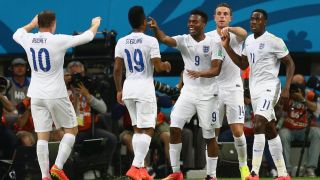 England must progress from their group at Euro 2016, according to Football Association chairman Greg Dyke.

Roy Hodgson's men were winless at the 2014 World Cup as they finished bottom of Group D with just a point.

Dyke has refused to set a particular target for this year's championships, but insists it would be a nightmare if England failed to get past a group that includes Russia, Wales and Slovakia.

"I think we'll all shoot ourselves if we don't get out of the group," he said.

"But I wouldn't put that as the definition of success."

Dyke was again unwilling to say just what would define success for England at the tournament, which starts on June 10.

The 68-year-old said that would be unfair on Hodgson.

"I really can't say - it would be completely unfair because of the discussions with Roy to say publicly what we see as the definition of success," Dyke said.