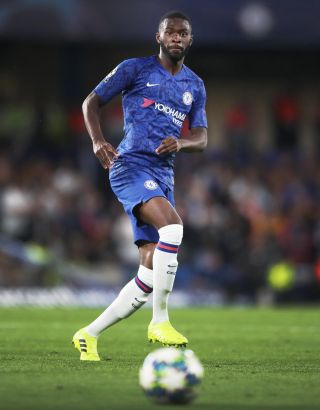 Gareth Southgate insists his current England squad is selected purely on merit – with the likes of Fikayo Tomori and Tammy Abraham called up as a host of big names missed out.

The Three Lions face a Euro 2020 qualification double-header as they travel to take on the Czech Republic in Prague on October 11 before a trip to face Bulgaria three days later.

Tomori and Abraham were two of three players included this time around who had missed out on the previous squad, with Everton midfielder Fabian Delph also recalled.

Jesse Lingard and Alex Oxlade-Chamberlain dropped out, while there were no returns for Dele Alli or Kyle Walker.

But Southgate, who has always said players would be selected on form rather than their stature in the game, believes the squad appreciates knowing everyone included deserves to be there.

“I think when you’re selecting a squad, the players need to see some sort of meritocracy when possible and to bring those guys back in, who am I going to leave out?

“Does it mean leaving out somebody who is scoring freely and playing exceptionally well just because they’re younger?

“I think that everyone within the squad would look and say: ‘Okay, there’s a privileged access to certain players’.”

Southgate feels his decision is not akin to former managers deciding to leave out star names such as Frank Lampard, Steven Gerrard and John Terry and has challenged those who missed out this time to earn a recall before next summer’s European Championships.

“Yes, but I wasn’t,” he replied when it was put to him that, had he been England manager in 2006 he would have just effectively dropped that high-profile trio.

“I know they are more senior players but there is a difference there as well, I think. We’re still building. All of our lads are building with their reputations. We’ve got guys that are starting to win big trophies.

“Our guys, all of them are still relatively young and still finding their way within their careers, so I don’t view it in quite that way.

“Nothing has been as difficult as leaving Wayne (Rooney) out: to leave Wayne out, because of what he’s done in the game and his seniority.

“What the lads I’ve spoken to need to know is that we still have belief in them. We think they’re going to come back to form and give us more selection problems in the future.

“With Dele (Alli) and Alex (Oxlade-Chamberlain) in particular, they haven’t really had the number of games this year to get themselves into a rhythm.”

Southgate singled out Alli’s woes – the 23-year-old having struggled with fitness and form in the last year – and backed the Tottenham man to fight tooth and nail to work his way back into the international fold.

“I think the last 12 months in particular has been frustrating for him,” he added.

“He’s had this sort of string of hamstring injuries where he’s always been coming back up to the level, so that’s definitely been the situation at the beginning of this season, not quite yet at full match fitness.

Here it is: your #ThreeLions squad for this month's #EURO2020 qualifiers against the Czech Republic and Bulgaria!https://t.co/uuLf9zGD3g— England (@England) October 3, 2019

“He played a lot deeper last year. I still think there were signs the other night of him getting into the areas where he is really dangerous, those runs into the box that he makes, the high pressing.

“All that he brings to the team. There are a few things for him to contend with but he’s a fighter, I know he’ll fight his way back into our group.

“He’s got a fight on his hands at his club, it’s a strong squad now, so there’s competition for places depending on the system that they play, but he’s an asset and we all know that and I know his mentality and drive will be to get back in.”