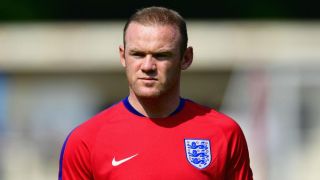 Wayne Rooney hopes England can finally live up to the expectations of the country's long-suffering supporters as the team prepare for their Euro 2016 opener against Russia on Saturday.

Despite having had little cheer since their World Cup triumph on home soil in 1966, the Three Lions are always backed by a huge contingent of hopeful fans at home and abroad and it will be no different at the European Championship in France.

Rooney is set to captain his country at a major competition for the first time in what will be his sixth appearance at a finals, although he has never made it past the quarter-finals since making his tournament bow at Euro 2004 in Portugal.

"I've been excited for it," he told FATV when asked about leading the team.

"The longest time in a tournament is those first few weeks in the build-up to the first game. You can sense the excitement around the team... around the country.

"We're the ones going out on the pitch, we're the ones that have to go and do it. So, hopefully we can [deliver] and give everyone good memories."

Rooney's place in the first XI has come under scrutiny after a struggle for form and fitness with Manchester United in 2015-16, but England manager Roy Hodgson is likely to keep faith with his skipper.

And centre-back Chris Smalling, Rooney's team-mate for club and country, offered a ringing endorsement of the forward's importance to the national team.

"He's very much our focal point ... us players look up to him because of what he's achieved in the game," he told a news conference.

"Being our captain and our leader, he's the one we seek guidance from. He can really show us that path throughout the tournament because he's been there many times."

Hodgson has close to a fully fit squad to choose from, with left-back Ryan Bertrand one of few injury concerns, meaning Tottenham's Danny Rose is almost certain to start the game in Marseille.

Leonid Slutsky, who is combining the post with his regular duties as CSKA Moscow boss after succeeding Fabio Capello last August, is less fortunate. Already without Alan Dzagoev, Denis Cheryshev, Yuri Zhirkov and Oleg Kuzmin, the Russia coach lost Igor Denisov to a torn thigh muscle in the team's final warm-up friendly, a 1-1 draw with Serbia.

Artur Yusupov has been called up as a replacement, prompting Pavel Mamaev to bemoan the loss of fellow midfielder Denisov.

"It's such a shame because he was one of our key players," he said.

"For him it was going to be a really important tournament. The coach has not detailed for certain anything about central midfield now, but we've lost a key player, and that's a shame.

"The coach will find an answer ... [he] is certainly doing everything he can to make sure we will be ready for the England game."

Russia's injury woes mean England will be expected to make a winning start at Stade Velodrome, where Hodgson must choose how best to utilise attacking stars Harry Kane and Jamie Vardy, as well as Spurs midfielder Dele Alli.

It remains to be seen if midfielders Jordan Henderson of Liverpool and Arsenal's Jack Wilshere, both lacking match sharpness after recovering from injury, can earn first-team roles for their team's opening game.