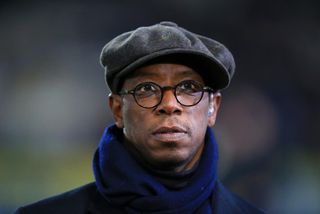 Ian Wright believes the England Women’s team are “pioneers” for the sport ahead of the start of the Barclays Women’s Super League on Saturday.

Two matches on the opening weekend, the Manchester derby at the Etihad Stadium and Chelsea against Tottenham at Stamford Bridge, have each sold over 40,000 tickets, with the latter completely sold out.

For the start of the 2019-20 season, Barclays and the Football Association have announced a partnership to help grow the sport, with the biggest ever investment by a brand in women’s sport in the UK.

Speaking as a football ambassador for the Women’s Super League, the former Arsenal and England striker told the PA news agency he thought the World Cup provided the ideal platform for the domestic league.

On the upcoming season Wright said: “I hope it goes really well coming off the back of the World Cup, there’s a lot of excitement about it obviously.

“It’s the perfect springboard to start the season with. It’s going to be an exciting league.”

When asked about the game at Stamford Bridge, Wright said: “It’s been sold out, and that’s magnificent news and now you just hope the ladies put on a really good show because they’ve got the stadium, they’ve got the audience and it should be really good.

“A full house for the women is going to massive for them and you’re just hoping that they put on a good show because that is the kind of show-piece that people will look at knowing that Chelsea is absolutely full for the women’s game. Now it’s up to the women to show why it is full.”

England women finished fourth at the World Cup this summer, and their semi-final defeat to the United States had a peak television audience of 11.7million, the highest of 2019 on British television, and an average of 10.3m.

Wright believes those England players who generated the buzz around the women’s game during tournament this summer are key for the sport to keep people’s interest.

He said: “They have to do well, the women playing now are massive torch-bearers and pioneers for what’s going on and we’ll only find out in another 15, maybe 20, years’ time the fruits of what they’re doing now and that’s why they’re very fortunate – they’re trailblazers, all of them.

“People want to see quality players, and then it just starts to happen. It will happen slowly, but people have to be patient with it.”

The new partnership will also work at a grassroots level to give every girl access to football in schools by 2024, something Wright revealed was important to him personally as he wants his own daughters to have the opportunity to play, after one of them showed an interest but the sport was not offered at her school.

On the World Cup itself, he added: “When we went to watch England play Norway in France, it was just such a beautiful atmosphere, it’s just a nice atmosphere, the fans have got a different kind of vibe about them, it’s nice.

“Hopefully that’s something that the men’s game will learn but I think we’re too late in that respect.”

England is set to host the Women’s Euro 2021 competition, which will be played across eight cities, and the FA will form a tournament board, which will meet four times a year to drive the delivery of the competition.