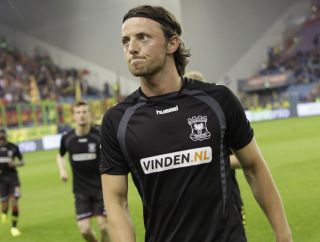 Willem had Jonas Heymans dismissed after he received two yellow cards either side of half-time and Vriends took advantage of his side's man advantage to open the scoring.

The defender prodded home after a goalmouth scramble shortly after the hour mark to register his first Eredivisie goal.

However, the 23-year-old suffered a rush of blood to the head and was sent off following an off-the-ball incident involving Jordens Peters in the 69th minute.

Vriends' altercation with Peters threatened to thwart the hosts' hopes of a first league win of the campaign.

However, Vriends' goal proved crucial as the Eagles held on for three points to leapfrop their opponents in the Eredivisie standings.