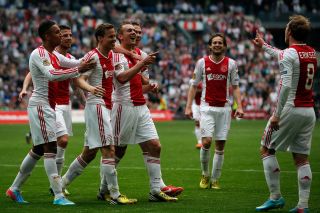 Frank de Boer's men have won the last three Dutch titles, but they have yet to taste victory away from home in what has been a difficult start to the season, a 3-3 draw with Heerenveen their latest setback.

However, the Amsterdam club should approach this game with confidence after doing the double over Groningen – who post an identical record from their first four games – last season.

Ajax are among the favourites for the Dutch title, although the early pacesetters have been PEC Zwolle, who sit atop the table after taking maximum points from the opening four games under Ron Jans.

Zwolle will look to continue their 100 per cent run against Utrecht - winners over AZ last weekend - with the help of striker Guyon Fernandez, who has found the net three times since joining on loan from Feyenoord.

PSV Eindhoven are the only other unbeaten team in the Eredivisie and they will be out to put pressure on Zwolle by overcoming newly-promoted Cambuur at the Philips Stadion on Saturday.

The onus should be on attackers Zakaria Bakkali and Georginio Wijnaldum - who have both netted three times so far - to deliver the goals against the relegation candidates as they aim to build momentum in their pursuit of their first title in five years.

Ronald Koeman’s Feyenoord have won just once in 2013-14 and will have designs on mounting a recovery against Roda JC, who sit fifth in the table following their emphatic 4-0 success over ADO Den Haag last Saturday.

Twente meet Heerenveen at De Grolsch Veste and will have to be wary of top scorer Alfred Finnbogason, the Iceland international who has six goals for Marco van Basten's men already.

AZ and Vitesse Arnhem meet at AFAS Stadion in a battle between two teams with European ambitions, while Friday sees two winless teams – NAC Breda and NEC – face off.