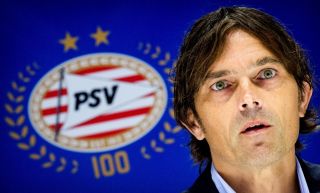 Phillip Cocu's side made it three wins from three in the Dutch top flight and continued their blistering form in front of goal to end Ajax's 100 per cent record.

Having put six past NAC Breda in their last league match, Cocu's charges - who beat Shakhtyor 1-0 in the UEFA Europa League on Thursday - were in buoyant mood at the Amsterdam ArenA.

But the visitors had to come from behind after Anwar El Ghazi cleverly headed home Davy Klaassen's stunning delivery with 16 minutes gone.

The revival started in the second half, with the in-form and in-demand Memphis Depay - fresh from agreeing a contract extension on Friday - tapping in his fifth goal in three league games from Luciano Narsingh's selfless square ball seven minutes after the interval.

Narsingh got in on the act himself 11 minutes later with a neat finish from inside the box, and former Ajax man Florian Jozefzoon rubbed salt in the wound by outmuscling two defenders to add a late third.

The only other unblemished record in the division belongs to PEC Zwolle as Ron Jans' men overturned a half-time deficit to beat Vitesse 2-1.

Dave Propper put the visitors ahead, but Maikel van der Werff levelled matters before Stef Nijland sealed the points for the hosts with two minutes to spare.

Adnane Tighadouini's last-gasp penalty denied Twente their first win of the season as NAC Breda grabbed a 1-1 draw against their 10-man visitors.

A Luc Castaignos strike had put Twente in the driving seat with 17 minutes gone, but Andreas Bjelland was given his marching orders for a second booking after the break and Tighadouini punished the away side from the spot.

Elsewhere, ADO Den Haag beat Groningen 3-0 and Utrecht picked up an impressive 2-1 win on the road against Feyenoord.