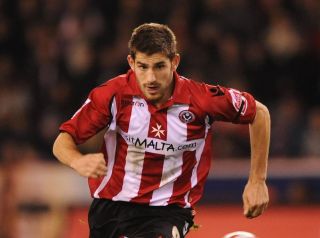 Former Sheffield United striker Ched Evans has had his conviction for rape quashed by the Court of Appeal in London.

A re-trial has been ordered and must take place within the next two months.

The Wales international has not played football professionally since his release.

The case was referred by to the Court of Appeal by the Criminal Cases Review Commission (CCRC), which investigates possible miscarriages of justice and announced last October that new evidence had emerged in the case.

Lady Justice Hallett announced Thursday's decision and said the judges heard fresh evidence on March 22 and 23 during the appeal.

She said: "In summary, we have concluded that we must allow the appeal and that it is in the interests of justice to order a re-trial.

"The appellant will be re-tried on the allegation of rape."

In a statement, Ched Evans' family said: "We all welcome today's decision by the Court of Appeal. The evidence which had been previously unseen proved without doubt that Ched Evans is and has always been innocent.

"Ched would like to thank all of his family, friends, legal team and football supporters from around the country especially those of Sheffield United for their support, encouragement and belief."

Speaking outside the court, Evans' lawyer Shaun Draycott said: "It is acknowledged by Mr Evans that the legal process has not reached a final conclusion and there will be further hearings of significance on dates to be fixed in due course."