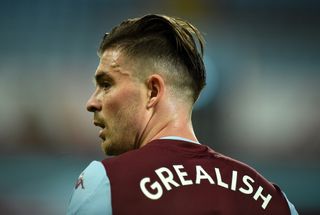 With just three more gameweeks to go until the end of the Premier League season, some fantasy managers will be needing to pull a few surprises to make it to the top of their mini-leagues.

With this in mind, the PA news agency has analysed the data to see whose efforts may have gone rewarded since the restart and could therefore be flying under the radar.

The official Fantasy Premier League site tracks two metrics which are useful indicators of whether a player’s attacking output is a fair reflection of their efforts: Threat and Creativity.

We have taken a look at the players who are yet to score or assist and found seven who have recorded at least 100 Threat since the restart without a goal to show for it.

Everton made an encouraging return to action by holding runaway champions Liverpool in the Merseyside derby before registering back-to-back wins, but their attack has been disappointingly blunt.

The Toffees have netted just four goals in six games, with three of those assisted by Dominic Calvert-Lewin and the striker’s team-mates have yet to return the favour.

With sufficient Threat to have ordinarily found the net twice since the restart and two home matches against relegation-threatened teams still to play, it would be a surprise not to see Calvert-Lewin on the scoresheet before the end of the campaign.

The only other player to have generated two goals’ worth of Threat without reward plies his trade at nearby Anfield. Liverpool’s Roberto Firmino has now gone 10 gameweeks without an attacking return – over 12 hours of football – so is surely due to get on the end of something.

However, at £9.3m the Brazilian represents an expensive punt and there are cheaper alternatives available for those with less money available.

Jarrod Bowen may have only netted once since joining West Ham in January but the Threat data suggests that he should have scored at least once more.

With three assists to his name, it’s clear that he’s been involved in plenty of attacking moves. And, like Calvert-Lewin, he has two easy-looking home matches remaining.

Below Bowen, there are three options you’re unlikely to find on many of your rivals’ shopping lists: Onel Hernandez from already-relegated Norwich and Aston Villa’s Keinan Davis and Conor Hourihane.

From hero to Villain

With Villa on the brink of relegation, their players should be giving it their all to claw themselves clear of the drop.  Should they manage to pull off the great escape,  talisman Jack Grealish will no doubt be heavily involved.

As well as making the top ten for Threat without scoring,  he’s also top of the tree for Creativity without assists since the restart.

Before the lockdown,Grealish was enjoying an impressive season but has now endured a run of nine consecutive gameweeks without an attacking return.

This hasn’t been for want of trying, with Villa’s captain scoring highly enough for the Threat and Creativity to have netted once and assisted at least twice since the Premier League restarted. Is now the time to back Jack?

Casting an eye back to Merseyside, another Liverpool star can also claim to have been unlucky since the season resumed.

Sadio Mane’s creative output is the closest to Grealish’s among players who haven’t assisted in this period, so if he continues to tee up his team-mates at the same rate then some extra points should be forthcoming.

Those in need of cheap or extreme differential options should consider another West Ham player set to enjoy a gentle run-in.

Aaron Cresswell costs just £4.5m but has racked up the most Creativity of any defender in his price bracket this season.