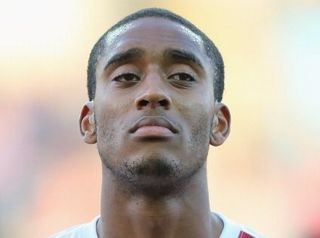 The Netherlands international signed for Chris Hughton's side on July 13 from Twente, almost six months after a move to Everton collapsed following a failed medical.

Fer returned to Holland and made 18 appearances, scoring two goals, as the club qualified for the UEFA Europa League with a play-off win over Utrecht.

However, after a successful UEFA European Under-21 Championship, the Premier League club jumped ahead of any other potential suitors to sign the 23-year-old for an undisclosed fee.

And Fer is confident that he can repay the faith shown in him by making an impact next season.

"I'm very happy – I’ve been waiting for this moment for a long time," he told the club's official website. "Chris Hughton told me that he's been following me for a long time so it's very nice to be here.

"I think the Premier League fits my qualities – I think they're good for this division. I want to help the club and I also want the club to help me become a better player.

"My new team-mates are very good and easy (to get on with). It’s been very easy for me to fit in the group. The fans have been really amazing too – I’m getting lots of tweets already."

Fer joins fellow Dutchman Ricky van Wolfswinkel at Carrow Road and the midfielder admitted that the 24-year-old had helped persuade him to make the move.

"He (Van Wolfswinkel) was saying to me that he wanted me to come and play for the club," he added. "That also helped me make my choice."