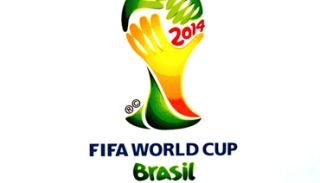 "The World Cup will be played in Brazil in 12 cities," Valcke told reporters. "There is no plan B."

His comments came as this month's Confederations Cup, a dry run for the World Cup, has been played against the backdrop of nationwide protests, with tear gas and rubber bullets being used by police against demonstrators.

Some of the protests have been held near stadiums being used for Confederations Cup matches. The money spent on the stadiums is among the protestors' many grievances.

Valcke also rejected a suggestion from Brazil sports minster Aldo Rebelo, sitting next to him at a news conference, that other countries had expressed an interest in staging the World Cup if Brazil pulled out.

Rebelo said he had read in the media that the United States, England, Germany and Japan had all put themselves forward.

"I have never received any official offer from any other countries around the world to stage the World Cup in 2014," said Valcke.

Colombia was the last country to pull out of staging the World Cup when it withdrew in 1984, two years before the tournament which took place in Mexico instead.

The tournament was on a much smaller scale at the time with fewer sponsorship and television contracts, making a last-minute move far less complicated.