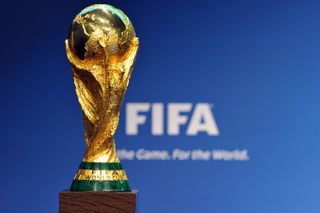 Concerns over soaring temperatures in the Arab state during its summer months have led to calls for the tournament to be moved to later in the year.

And a rescheduling of the 22nd edition of the competition appeared to be confirmed by FIFA secretary general Jerome Valcke on Wednesday when he told Radio France that it would not be held in June and July.

However, FIFA have since distanced themselves from those claims.

In a statement, the governing body said: "FIFA secretary general Jerome Valcke explained today in the Radio France interview - as he had already mentioned previously - that in his view the 2022 FIFA World Cup must take place in winter and the best possible timeframe would be 15 November to 15 January.

"As the event will not be played until eight years' time the consultation process will not be rushed and will be given the necessary time to consider all of the elements relevant for a decision.

"Consequently, no decision will be taken before the upcoming 2014 FIFA World Cup Brazil as agreed by the FIFA Executive Committee."

The 2022 World Cup has been beset by controversy since it was awarded to the Qatar back in 2010, with the country's human rights record coming in for particular scrutiny.

Football's governing body has previously been urged to investigate abuses of workers on construction projects for the World Cup revealed by Amnesty International, while FIFA has also been lobbied to pressure Qatar to change their controversial law prohibiting homosexuality.