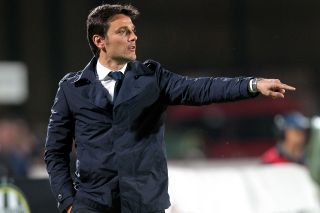 The 39-year-old's new deal was confirmed during the Serie A side's official unveiling of their squad on Tuesday.

Montella, who arrived at the club in June 2012, led the side to fourth last season, a huge improvement on their 13th-place finish in the previous campaign.

The Italian has moved to strengthen his squad for the new term, bringing in the likes of Mario Gomez from Bayern Munich and Josip Ilicic from Palermo.

Though the length of agreement was not revealed, Della Valle stated that Montella would remain at the club "for many years".

"This is just a formality, we reached an agreement a long time ago," he said.

"I wish to thank the club and the fans for their support, but we are aware that a difficult task is waiting ahead for us now."

Fiorentina's league season begins with the visit of Catania on Monday.