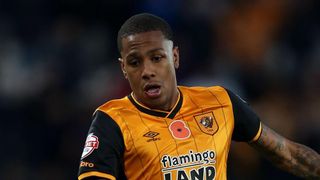 Hull City closed the gap on Championship leaders Middlesbrough to two points as they hammered Charlton Athletic 6-0 on Saturday.

Abel Hernandez netted a first-half hat-trick at the KC Stadium as Steve Bruce's side ensured that Jose Riga's second spell in charge of the visitors began in dismal fashion.

A 1-0 defeat for Middlesbrough at managerless Bristol City opened the door for Hull to close in on top spot, while Derby County were subjected to a 3-0 home defeat by Birmingham City.

Bolton Wanderers remain bottom after being beaten 3-0 at Nottingham Forest, with Bristol City and Charlton for company in the bottom three.

In League One, Burton Albion continue to lead the way following their 2-0 win over Coventry City, with second-half goals from Calum Butcher and Stuart Beavon securing the points for the visitors.

Walsall go second after withstanding a second-half fightback to win 3-2 at Bury, moving ahead of Gillingham who were held to a 2-2 draw at Doncaster Rovers.

Blackpool moved out of the relegation zone courtesy of a remarkable 5-0 win over Scunthorpe United, with Shrewsbury Town - beaten 3-0 at home by Barnsley - dropping into the bottom four.

Only goal difference separates the top two in League Two and leaders Plymouth Argyle kept their noses in front with a 3-2 win against Stevenage at Home Park, while Northampton Town maintained the pressure by coming from a goal down to win 2-1 at Dagenham & Redbridge.

Elsewhere, Warren Feeney enjoyed a winning start to his tenure as Newport County manager, with an Aaron Collins goal securing victory for the Welsh side at rock-bottom York City.