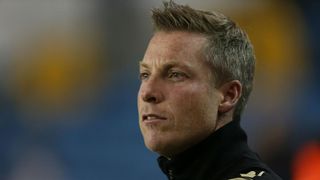 Millwall climbed to seventh place in League One after Steve Morison's goal sealed a 2-1 win at Oldham Athletic.

Neil Harris' side are now just three points outside the top six after Mike Jones cancelled out Lee Gregory's early goal for the Lions.

Swindon Town came from 2-0 down after 13 minutes to beat Southend United 4-2, with Nicky Ajose and Jonathan Obika scoring a brace apiece.

There were only three matches in League Two due to FA Cup action and the postponements of Accrington Stanley's game against Notts County and Carlisle United's trip to AFC Wimbledon.

Bristol Rovers' promotion bid was hurt by a 1-0 defeat at 10-man Barnet, while Crawley Town beat Cambridge United 1-0 at home thanks to a goal from Matt Harrold.

Mansfield Town closed to within a point of the play-off places by beating Stevenage 2-1 at home.