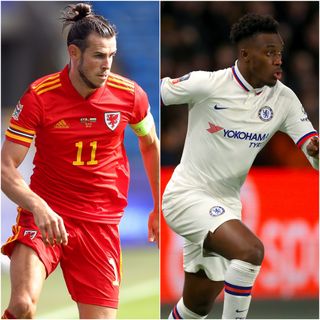 There is another twist in the Gareth Bale saga, with Tottenham reportedly making a huge play for the Real Madrid forward. The Daily Mail says Spurs are of the belief that they are in the driver’s seat to arrange a loan or a permanent deal to bring Bale back to the Premier League and would even be willing to part with one of their premium players to make it happen.

Bayern Munich are believed to be interested in reigniting transfer talks with Chelsea for 19-year-old winger Callum Hudson-Odoi. Although Bayern came close to bringing Hudson-Odoi to the Bundesliga last year, no deal materialised. However, the Daily Mail reports club bosses feel that Hudson-Odoi might still be available this transfer window, as he fights for game time with the Blues.

The paper also says Arsenal have rejected an offer from Sheffield United for striker Folarin Balogun. The Blades are believed to be shocked that their £3million bid was turned down, with the Gunners demanding £15m for the 19-year-old.

Staying with Arsenal, the Daily Mirror says the club are not done spending after Pierre-Emerick Aubameyang agreed a new deal at the Emirates Stadium, and still desire to obtain Atletico Madrid midfielder Thomas Partey and Lyon playmaker Houssem Aouar.

Edouard Mendy: Chelsea are on the verge of signing the Rennes goalkeeper, according to the Daily Star.

Emerson Palmieri: Inter Milan will have to fend off an approach from West Ham if they wish to secure a permanent deal for the Chelsea full-back, reports The Independent.