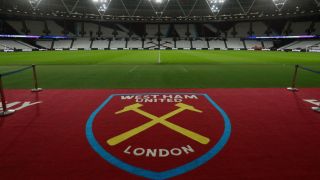 West Ham's former head of recruitment Tony Henry has apologised for his comments about African players and insists they were not intended to be racist.

Henry was sacked by the club in February after they investigated disparaging remarks he was said to have made in an email.

The Daily Mail claimed to have seen emails from Henry advising an agent that West Ham did not want to sign African players, recalling difficulties the club had with Senegalese striker Diafra Sakho.

He is said to have added that African players "cause mayhem" when not selected in the team.

West Ham branded the alleged comments "unacceptable" and terminated his contract as the Football Association (FA) launched its own investigation, which led to him being charged with misconduct.

Speaking to Sky Sports News, Henry said: "I was wrong for what I said. I'm not trying to get out of this. I've been charged by the FA. This is not me saying, 'What I said was right.' It was wrong, and I totally apologise.

"It was never, ever meant to be racist in any way. The reason we said we didn't want any more Africans was because we already had three. The day before we'd had four, but one of them left.

"I just want to say that I'm sorry. I want to apologise most to the African players, the players of African descent, but also everybody because I feel I've let them down."

Henry has until May 15 to respond to the FA's charge.