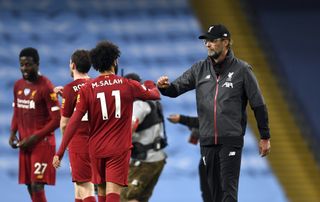 With just days remaining before the 2020-21 Fantasy Premier League season gets under way, managers have already been nailing their colours to the mast.

A number of clubs have emerged as being popular with this season’s crop of bosses, while some clubs are popular in certain positions.

Liverpool, for example, top the charts with 1.79 Liverpool players on average appearing in each FPL squad, more than half the maximum of three players per club.

Perhaps surprisingly it is the Reds’ defenders who are driving this figure, with each FPL side containing one Liverpool defender on average.

And for many the main attraction in that Anfield back line is Trent Alexander-Arnold – the England right-back is the only player owned by more than 50 per cent of managers, but is also the game’s most expensive defender at £7.5m.

The most popular team for forwards however comes from London, with 0.52 Chelsea strikers per FPL squad.

Once again one player in particular is behind this, with new signing Timo Werner attracting the attention of 43 per cent of managers after his move from RB Leipzig.

One of the most surprising features of the table might be that Arsenal – who finished eighth last season – are the most popular side for midfielders.

That is almost entirely because of the reclassification of Pierre-Emerick Aubameyang as a midfielder instead of a striker, meaning his goals are worth one point more than they were, while he will also benefit from clean sheet points.

When it comes to goalkeepers, however, the modern tactic seems to be to avoid the top teams and their premium prices in favour of more affordable – not to mention busy – custodians.

With that in mind, it is no surprise to see that Brighton, Burnley, Aston Villa and Southampton account for almost half of all goalkeeper picks.

Nyland might be the most useful name to acquaint yourself with – the Villa stopper is a snip at just £4m and is in with a chance of some minutes due to Tom Heaton’s injury.

While some clubs are popular however, there must be a least popular club from an FPL standpoint, and currently that team is newly-promoted West Brom.

Only one in every 6.5 FPL squads includes a Baggies player, which makes them less than half as popular overall as the second most unpopular team (Newcastle).

That said, if you do your research and uncover a hidden gem from the Hawthorns, it could be a differential that defines your season.