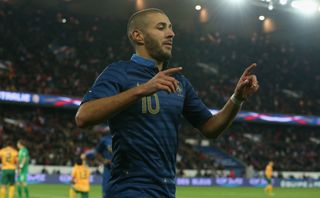 Didier Deschamps' charges face a near impossible task in qualifying from Group I as pool leaders ahead of their final fixture with Finland at the Stade de France on Tuesday.

They trail reigning world and European champions Spain by three points, with Vicente del Bosque's side requiring a solitary point from their home encounter with Georgia.

That means France's participation at the premier event in Brazil will be decided by their participation in the play-offs, if they finish as one of the eight best runners-up.

The seeds for the play-offs are to be determined by FIFA rankings, but Le Graet believes the system is not viable as France only had five teams in their group while others had six, meaning there were fewer ranking points available.

"There is a little injustice between the group of five and the groups of six.

"Our rivals from other groups have been able to score more points. That's a fact."