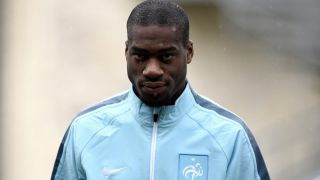 Brazil were thrashed 7-1 by Germany in the semi-finals before going down 3-0 to Netherlands in the third-place play-off in front of their home fans.

The appointment of Dunga as coach has helped turn their fortunes around with six straight wins heading into Thursday's encounter in France.

Kondogbia said Dunga's Brazil was different to the one under Luiz Felipe Scolari.

"Despite their defeat during the World Cup, Brazil remains a great nation of football," the Monaco midfielder said.

"If you look at them today, they are doing quite well. That's a new team. It is a more balanced team. They were able to keep some great offensive players.

"In my opinion, that's still the Brazil we have always known."

In Dunga's second stint at the helm, Brazil have beaten the likes of Japan (4-0), Argentina (2-0) and Colombia (1-0) – conceding just one goal in six matches.

Tremoulinas said the 51-year-old had made Brazil a far more balanced side.

"Playing against Brazil is very enjoyable. It's a great football nation. It is mythical," the Sevilla defender said.

"In regards of Dunga, since he came, the team has changed a lot. They found a much better balance defensively. They still are among the great offensive sides.

"Since Dunga is a head coach, they won six games in a row...It's going to be a huge game on Thursday night."